Skip to content
The civil war was not a war against tyranny. It was a rebellion in order for southern states to legally retain the right to own other human beings – African-Americans. Any other reason is historical bunk.
Any southern Civil War general was a traitor to this country. He rebelled against his country and against his fellow citizens.
Any statue of a southern general, therefore, celebrates a traitor who was fighting for the right to own a fellow human being.
If you disagree, then I would like to see your historical evidence that contradicts this assessment.

It’s hard for me to believe that anyone could not see this a year ago (or more), but our President is a stone cold racist.  He learned it from his father and Roy Cohn — a lawyer for Joseph McCarthy — both of whom are confirmed racists.

The press conference yesterday was a dumpster fire of hyperbole, moral equivalence, rage, and vengeance.  The man wants to be out there with a torch.  From the Times:

No word in the Trump lexicon is as tread-worn as “unprecedented.” But members of the president’s staff, stunned and disheartened, said they never expected to hear such a voluble articulation of opinions that the president had long expressed in private.

There is only one way to look at white supremacist/nazi groups — they are immoral.  It starts there — with them being immoral.  Once you start there, any moral equivalence you draw between a nazi and any other protester makes you complicit in that immorality.

Trump is a racist.  A vengeance-driven, narcissistic, racist with several layers of homophobia and anti-woman tendencies thrown in.

If you didn’t see it before, you must see it now.  It is a disgrace to this country.  Find your voice.

I don’t have much to add to this article other than that you read it.  Josh Marshall is a historian and a progressive, but the former is the key here.

We must understand our history in order to rise above it.

We must celebrate our diversity in order to claim our freedom.

In yet another attempt to maintain awareness and some level of objectivity, I joined a Facebook group “one billion strong praying for Donald Trump.”  The prompt was a drive I took recently from Augusta to Atlanta — its a 2+ hour drive through some rural Georgia countryside.

There was little to listen to on the radio — I cycled between music and Georgia Public Radio when I could get it to come in.  At one point, however, I stopped on a channel that was strong and clear.  The male and female hosts of this show were exhorting their listeners to make sure they opt out of sex education in the Georgia school system because it is not what you think it is (i.e. boys and girls separated, learning about menstration) . . . oh no, it wasn’t like when you were all children, not at all . . . which amused me because I expect to hear stuff like that more loudly in the south . . . but then they shifted gears to a list of the “seven republicans who didn’t vote to repeal obamacare”.  Susan Collins topped the list, and the first thing said after her name was — she is not a Republican.

This put my antenna up, as I realized I was getting a feed of evangelical “fake” news loud and clear on my radio.  I turned stations shortly after, but the experience pushed me into wondering more about the fake news sources that are abundant on the internet and particularly facebook.

So, I joined the above mentioned group.  I lasted 5 days.  The posts were typical deranged readings of how Trump is right (remember, Tribalism at work), so everything else is wrong.  What really struck me, however, was the thousands upon thousands of comments that would follow each post echoing conspiracy theories such as the government is coming for our guns, or Clinton and the dems setup the Trump campaign to take the fall with Russia, or the investigation is all a political stunt by dems (who, remember, are NOT in power in any capacity to do any such thing).  And, of course, hundreds of prayers for our President.

Literally thousands and thousands . . . it was shocking, revolting, and ultimately sad, and I had to leave the group — it was dominating my feed.

Today, I see one of my favorite bloggers, Kevin Drum, offers up the data about why this mass hysteria it happening, please read:

What Republicans Think These Days

I wrote earlier that one of the keys to understanding Trumpism is to understand that what Trump stands for is the rule of the tribe.  The tribe is all important.  He/She who leads the tribe is good, and, therefore, can not do wrong.  If the leader does something, it is right.  That is tribal morality.

Look at the situation with Russia right now.  We are at the point where collusion isn’t even the question.  The Trump family actually admits it!

The defense is nothing more than tribalism.  We did it.  We are good.  So this is good.  Trump is good.  Hillary is bad.  Anything that helps Trump and not Hillary is good.  Russia wants to help Trump.  Russia is good.  It’s simplistic and tribalistic.

It is also, in any way we measure morality in our current world, profoundly immoral.

Think about it.  The Trumps admit to collusion with an adversarial state, defends that action because it would help them (and, therefore, the tribe), and blames everyone else for making a big deal out of this.

Trump Tweet:  “Most politicians would have gone to a meeting like the one Don Jr attended in order to get info on an opponent.  That’s politics!”

It is surreal.  The email chain clearly says the Russian government wants to help Trump, and they have information to share to help Trump.  That was the meeting Trump tweets is perfectly valid to accept.

So, let’s not engage in arguments about whether it was Don Jr. being ignorant, or it was just politics, or whatever.  There is no argument here, the Trumps colluded with Russia.  They admitted it.  The President of the United States and his family are deeply immoral and corrupt, and now they’ve admitted to collusion with a hostile foreign power.

You can defend this only if you put on your Tribe Shades. 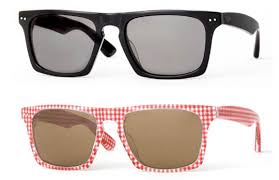 Take them off, and look.

It’s been awhile … lots of family the last two weeks but I am back!

Luckily for me, the Trump team is so inept that I don’t need to write anything – the wheels are coming off this thing all on their own …

Stay tuned on Healthcare – if we don’t get another Senator to say No, Obamacare will be worse than dead.  If you live in Nevada or Alaska, call your Senator – I believe they are the last, best hope.

Trump has deployed his game of dominance well within the press at the White House — blocking on camera access, not having regular press conferences, etc.  It makes the press look weak, and it makes the Trump look like big man.  That’s what he wants.

Stop playing the game.  He needs the press more than they need the press conference.

It will unhinge them.  And then the fun will begin.

Remember, the stories aren’t really going to come out of the press office or their press conferences, so stand up to the dominance game, and just don’t play.

Yes.  The plan destroys Obamacare, and the individual marketplace, and Medicaid, but it also allows any State to do away with required benefits, community rating, and pre-existing condition exclusions.

Do you think at least one State will not do this?

As soon as one does, the law allows all employer health plans to be “based” in that state.

Like Delaware for incorporating due to low taxes, how many companies will not do this?

Get on it, and call your Senator now!

To pass Reconciliation Rules, the Senate version of Trumpcare must only deal with budget issues.  And it does.  It is worse than the House bill which means 23 million people lose healthcare coverage, including nursing home care for the elderly.

But it cannot touch anything else, so it says nothing about preexistimg conditions or community rating AND it eliminates the individual mandate as it is considered a tax.

Republicans own Trumpcare.  Shameless devastation of people’s health for a tax cut for the super rich.  Disgusting.

Juneteenth is today — the end of slavery in America — may we all give thanks and continue the work for equality.